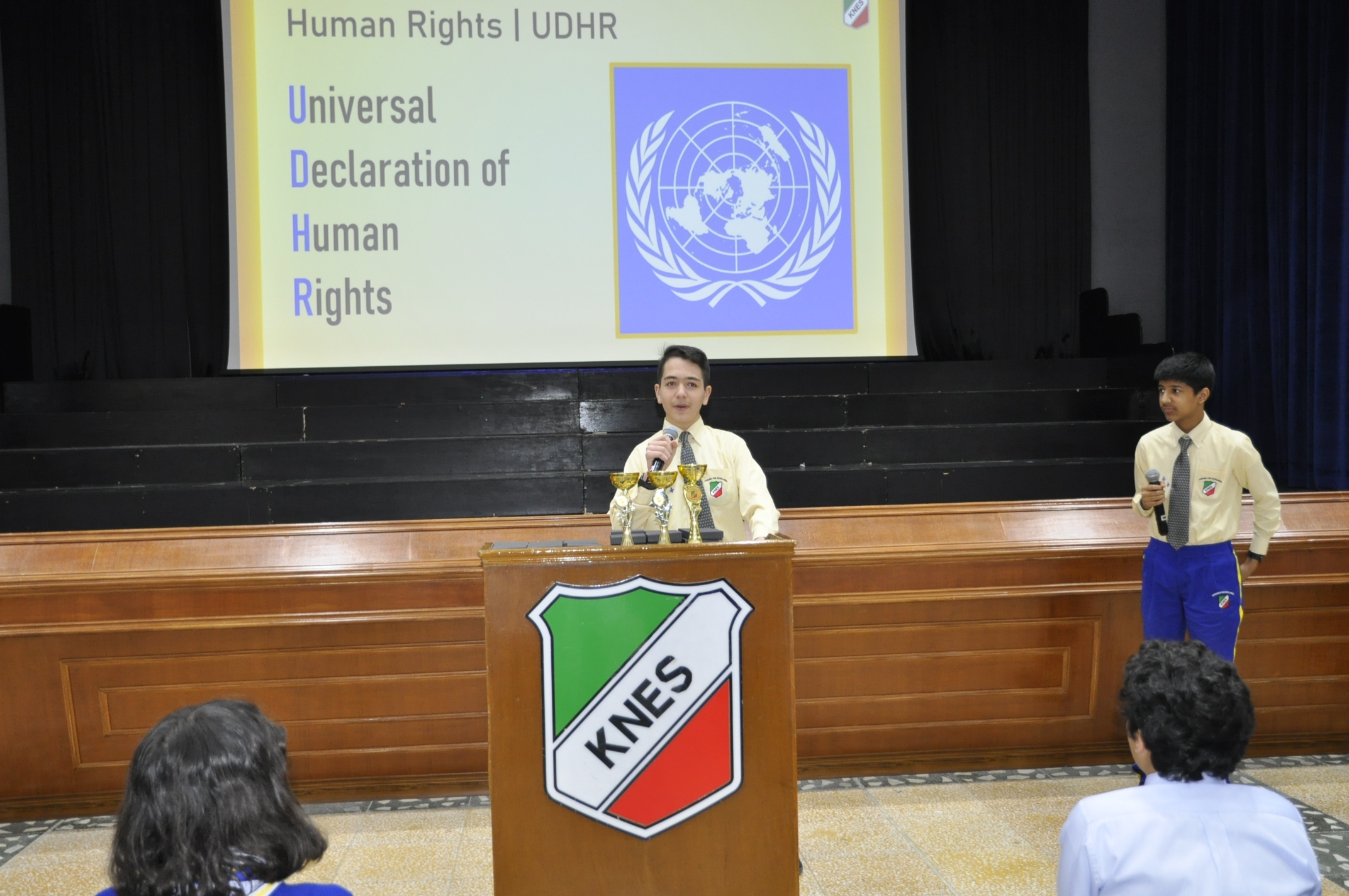 Keeping with our tradition and reputation for creating global citizens, as well as preparing students for their future, the Kuwait National English School recently held an assembly on the theme of Human Rights in their large Al Farabi theatre, in the presence of the students from Secondary.

The ceremony started with the British and Kuwaiti national anthems being played on the piano. The assembly, presented by some of the Kuwait National English School students who had autonomously made the presentation, covered the importance of knowing one’s human rights and the values of school. They highlighted how fortunate they and their peers were in being able to be in such a grandiose school that could help them reach their potential and go beyond. They made reference to young activists who had made a difference in the world thanks to their education: Shamma bint Suhail Faris Mazrui, for instance

The school Director, Madame Chantal Al Gharabally, contributed to the assembly by highlighting the several landmarks on the topic and restressing the importance of education, by quoting famous philosophers who had made a difference when it came to the world of Human Rights: Rousseau, Condorcet, Diderot… to name but a few. Her speech ended with a thundering roar of approval from the students who were grateful for such wise words from their Director.

At Kuwait National English School, we are constantly striving to enhance the opportunities available to all our students, by the nurturing of their academic life, positioning them for future successes in education and career. We remain confident, that we will continue to provide this invaluable experience to our dedicated students in future.