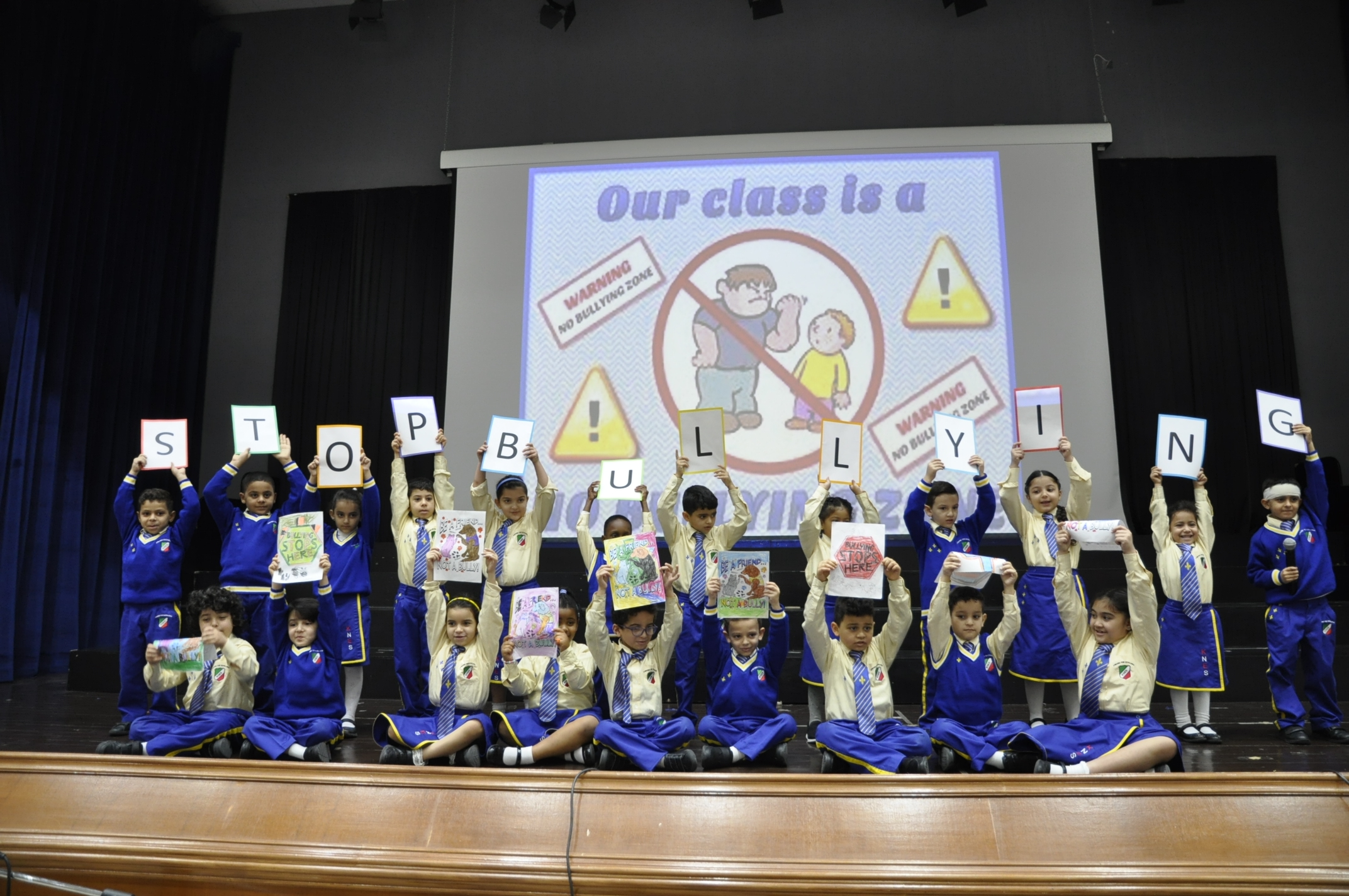 Kuwait National English School held a KS1 transition assembly with Reception pupils as well as a Lower KS 2 Anti-Bullying assembly yesterday, 4 December 2019. The aim of the assembly was to give pupils the opportunity to showcase what they were learning in class and to make other pupils aware of what bullying was or what it was not, how to identify bullies and if they were being bullied, how to deal with bullying. Kuwait National English School is a Bully-Free School and shows zero tolerance towards any form of bullying whatsoever.

Pupils across KS1 and KS2 took a pledge to be always kind, respect their peers, never to hurt anyone knowingly and help each other at all times. All items on the assembly program were designed to entertain, educate, and empower pupils. The presentations of songs, poems and sketches by the various classes aimed at pupils being able to apply the messages about respect, responsibility, and resilience to their own everyday lives. Pupils left the assembly empowered with why kindness and respect are important, not to be mean and hurt others both physically and through unkind words, not to cyber bully or use social media to hurt others, and to “Think before you speak or react”.