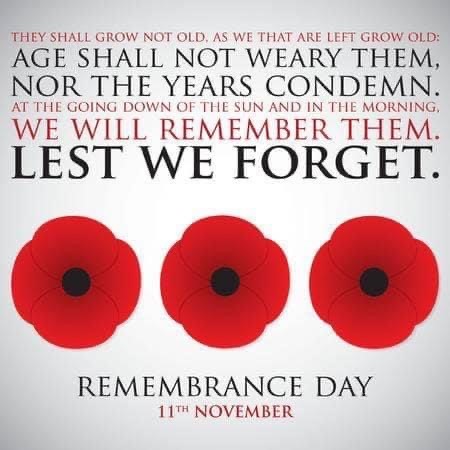 Understanding the Significance of Rememberance Day

Understanding the significance of Remembrance Day!  Around the world Remembrance Day is also known as Poppy Day. It is celebrated on November 11th of every year to honor and memorialize both soldiers and civilians who lost their lives in times of war. When it comes to educating children, young and old, about the value of Remembrance Day, there are a few items that should be imparted, not only concerning the military history of this holiday, but also the political foundations, social ramifications, and obligatory observances that make it special and noteworthy.

While Remembrance Day is specifically celebrated on November 11th, the date itself plays host to a number of similarly themed holidays across the globe. Regardless of name, they all have the same common root: remembering those who were lost in times of war. The observance of this holiday actually started following World War I, the war to end all wars, and the bloodiest battle in history (to that point), which cost the lives of approximately 16 million people from countries around the world and left many impoverished and ruined. On November 11th at 11:00am, the Armistice was signed, putting an end to the war. One year later, King George V of England declared the day to be one of observance, dedicated to the memory of those who fought and died in this horrific war.

Today, the holiday is observed around the world and it has come to symbolize all the men and women who fought in or were casualties of war. Many countries commemorate their bravery and sacrifice by hosting parades, firing 21-gun salutes, tolling bells, having notable dignitaries deliver speeches, singing the national anthem (or other national songs), laying flowers on the “tomb of the unknown soldier” (generally red poppies, as an homage to the John McCrae poem “In Flanders Fields”, which described the flowers growing amongst the carnage on the battlefields of France), and observing a moment of silence at the 11:00 hour. Many of those who have lost family members to war also use this day as a time to visit the graves of their loved ones.

While there is no need to expound upon the atrocities of war in order to make children understand the significance of the day, it is important to remember the great cost in human life that occurs as a result of warfare. No matter how you feel about the role the armed forces play in the world theater, you can’t help but have pride for the sacrifices made by the members of our military forces in an effort to preserve the freedoms that we all enjoy. You can best honor them by using this day as a way to teach kids about both the honor and courage these people displayed in the course of performing their duties, as well as the valuable lessons they have taught us (namely, that the fighting of any war comes at too high a cost). In the end, Remembrance Day can provide an excellent way to instill your children with an understanding of the ramifications of war and give them a reason to work towards a more peaceful world.